Welcome to ARN
THE HABITUAL BUNGLERS
From Athens GA 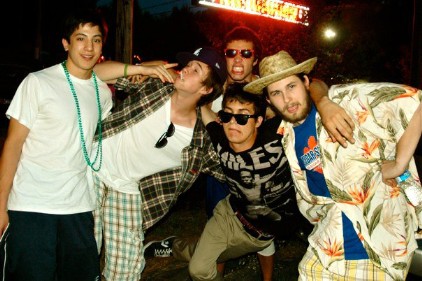 The Habitual Bunglers are a funky quartet of slick n sly rapscallions from Athens, GA:

David Doobious Brown on vocals,
Rio Crane on drums,
James Stickney on bass,
and Robbie Rapp on guitar and vocals 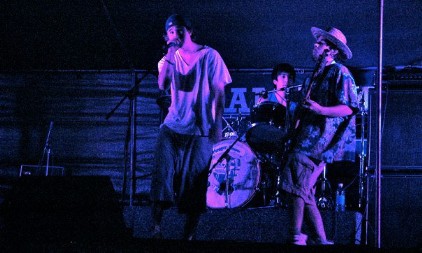 . David, James, and Rio all met around the age of 10, and by age 11 Robbie came into the fold.
After several failed attempts at starting a band with other players, they decided to give it another go in the fall of 2008, their sophomore year in high school.
The music seemed to flow much smoother for a band whod only been playing for several months,
so they took to performing at many school functions and house parties, leaving all who witnessed their shows as confirmed fans.
A big factor of their sound is their influences; influences ranging everywhere from Captain Beefheart, Sublime,
The Minutemen, Bob Marley, Led Zeppelin, as well as Sly & the Family Stone and Megadeth.
They incorporate many musical styles into their songs in order to brew the uniquely funky stew that is their music;
if you were to ask the band what kind of music they play, theyd say We play funk music.
However, the greatest factor of their sound comes from their long-lasting friendship and their profound loyalty to each other...and the Funk.