Celebrating the music of Free and Paul Kossoff

Formed, and based, in the North East of England, FREEWAY have played sell-out concerts at various venues around the country.

For the past few years this band has been invited to headline at the annual Free Conventions by popular demand.  In December 2005, they received a standing ovation at Newcastle City Hall; a great honour for Freeway, as Free played at this venue to many devoted North East fans on numerous occasions.

The recent recruitment of Terry Slesser (ex Paul Kossoff's Back Street Crawler) as Freeway's permanent vocalist has raised the integrity of the band beyond that of other tribute / covers acts.

Freeway recently received this message from one of their heroes: -
They have done a great job in honouring our music and I wish them all the best in the years to come.... Best Wishes, Simon Kirke (legendary drummer with Free and Bad Company).  In fact, Simon was so impressed with the band that he's actually played the drums with them on several occasions, and has invited them to join him on his UK tours throughout 2007.

JOIN US IN THE

Ever thought what it was like to drive in London ??

Set to Chiswick Roundabout by The John O'Leary Band, a drive

from Twickenham to The Grey Horse, Kingston. 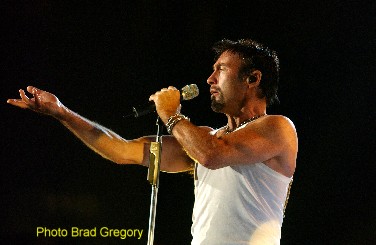 LISTEN TO TWO CUTS FROM THE INTERVIEW HERE

Firm - All the Kings Horses

I started playing the drums at the age of five growing up in Detroit, Michigan. Born on the sweet sounds of Motown and 70's Rock and Roll. I have been in the music scene since my earliest memories. This is a direct result of my father David Lewis who was the FOH Sound Engineer and Tour Manager for huge groups like Blue Oyster Cult, Foghat, Mitch Ryder and the Detroit Wheels, along with multitudinous others.  This allowed me the opportunity to fall in love with the drums at afternoon sound checks. Soon, I was the one checking the drums and my relationships with the older accomplished musicians was transcendent. I once introduced my 2nd grade teacher to Neil Diamond, and got dropped off at elementary school in the tour bus when Foghat was in town. I now spend most of my time in the tour bus or van.

in aid of the Countryside Alliance

Kenney Jones and the Jones Gang 

After connecting to this link, you need to wait about 4 mins the it begins

meet him after the show in Tacoma, WA

Up for Auction by Habitat for Humanity

Proceeds from this auction benefit Photocharity whi is dedicated to raising funds and awareness for charitable organizations that empower youth to make better choices. This is accomplished through music, photography, and other fundraising events. Since 2001, Photocharity has raised over $900,000 to save homeless youth.

Bad Company is one of the best-loved English rock bands of the 1970s and 80s. Founded in 1973 with former Free vocalist Paul Rodgers, guitarist Mick Ralph, drummer Simon Kirke (also of Free) and bassist Boz Burrell, they were managed by Peter Grant, of Led Zeppelin fame, and were the first band to be signed to Led Zeppelins Swan Song record label.

was formed to recreate exactly the aura and excitement of this beloved super group in action. Filling the role of singer Paul Rodgers (who was known as the "the Voice" since his days in Free) is the multi-talented Mark McPhail. Mark not only sings and plays like his Bad Co. counterpart, but bears an uncanny likeness to him as well. From his high-energy stage presence, to his incredible rapport with audiences, youll swear youre seeing the real thing.

Guitarist/singer Fred Sampson brings a wealth of rock and roll experience to the band, and along with the dynamic rhythm section of David Clark (bass/vocals) and Glenn Hicks (drums/vocals), they complete the powerhouse experience that is Desolation Angels  The Ultimate Tribute to Bad Company.

(PR) Eagle Rock Entertainment, will release Paul Rodgers debut solo DVD ($14.98) Live In Glasgow on May 29 and CD ($13.98) on April 17. Live In Glasgow, recorded in October of 2006 on the last date of his Sold Out UK tour (which included a date at Londons prestigious Royal Albert Hall), is stunning proof that Rodgers voice has gained strength and sounds stronger than ever. This 135-minute DVD, shot with 13 cameras, includes brand new songs Warboys (A Prayer for Peace) and Far Distant Shore, as well as songs he has not performed in 35 years, and many of his hits, including All Right Now, Feel Like Making Love and Cant Get Enough. Soulful, bluesy, swaggering, he belts out his songs, and also plays piano and guitar. The band: guitarist Howard Leese (Heart), bassist Lynn Sorenson, drummer Ryan Hoyle (Collective Soul) and 17-year old guitar prodigy Kurtis Dengler.

Tribute band FREEWAY have been invited to play

at the following shows with SIMON KIRKE

19th April - The Cellars at Eastney

1st May Cheese and Grain Frome

Radio-friendly pop-rock at it's finest, with a voice compared to Jeff Buckley and Bono and melodies compared to The Beatles and Lenny Kravitz.

One of Atlanta's most buzz-worthy artists has release his new album Rain and Flies and it is already said to be Brian Wiltsey's best work to date. Wanting to write more band oriented songs this time around, this album definitely rocks more than his previous projects. Already known for his dynamic, soulful voice, it just gets stronger and stronger with each album.

Rain and Flies starts off with a darker love song called "On My Own" with a great line in the chorus, "On my own I will fake it through the night, there is so much more to tell you but nothing left to say, I'll just be on my way."

Excellent album......Grab the cd and tell me I am wrong.... Lucy Piller 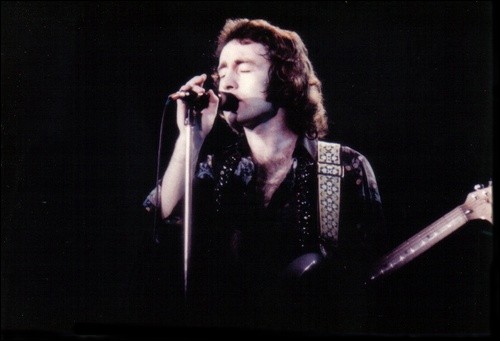 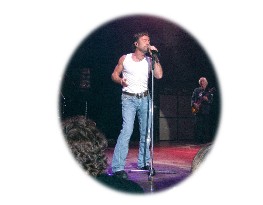 This is an awesome first album. It's a '70s type album, meaning, you will enjoy listening to the whole thing, front to back. And it really rocks, with great musicianship, songwriting, and production. Speaking of production, this CD sounds like a million bucks! If you like Humble Pie, Bad Company, or any other riff driven, blues drippin', heavy rock music...BUY THIS CD!

Difficult to add to what's been said above, great CD, Mama's Pride is the kind of song we should be hearing from Whitesnake! Great music, great fun, will we ever see them live in the UK???
Check out the video below.  Excellent version of Louisianna Blues !!! Opening for LYNYRD SKYNYRD In the long tradition of power trios, Andrew Goldring & The Rosedale Power Co. pay homage to the blues from Earl Hooker to Rory Gallagher and root themselves in the rock of Cream and the James Gang. They play Neo-Classic Blues/Rock somewhere between the Hendrix of Rose Hill Drive and the Zeppelin of Wolfmother. Andrew's beyond-his-years guitar skill makes listeners take a second look because their eyes can't quite grasp what their ears are hearing. This is one 14-year-old who can hang with the big boys.

Gov't Mule frontman Warren Haynes has recently lamented, ""People are more interested in becoming famous than they are in becoming good at something." Joe Bonamassa talks about guitar players signed to major labels who ". . . only know a few chords and are more interested in how they look than how they sound . . . they don't go back and learn about Jimi Hendrix, Muddy Waters or Django Reinhardt."

Andrew Goldring has four long-term goals. 1. Become the best guitar player and singer/songwriter he can possibly be. 2. Open for Joe Bonamassa 3. Play the Montreaux Jazz Festival 4. Get a driver's license.

Listen to the very best of unsigned music here
A new generation station for all who love music.
A radio network for the undiscovered and the unsigned
RiverGibbs reports.........
The world is full of enthusiastic artists that have yet to find an opportunity to make others aware of their talents.
We at rivergibbsfm understand this potential market and have spent time developing a concept that addresses
this problem. Rivergibbsfm provides listeners with a range of back catalogue gems from an extensive library
spanning 40 years of quality gems that no other networks seem to play.  These shows will service the specialist repress
market allowing the public to purchase vinyl/cd's at todays equivalent of the original price.
The unsigned shows will promote new talent seven days a week and offer artists management, major distribution,
tours, TV and recording opportunities.  Rivergibbsfm  is a 24/7 UK/American network.
Phil Orange,  www.orangepromotions.com  our onboard promoter is part of the team and has sixteen years experience
of running venues and more.  We also have a team of presenters who are extremely knowledgeable in their fields, some
of who are from Thames Valley University.  In addition, we are also currently in negotiation with festival promoters.
The owner, Paul Gibbs, has experienced  the challenges that todays musicians have to overcome.  An accomplished
drummer, he has toured the pub, club and working mens circuit as well as festivals and major venues.  Has been involved
in writing and production and has built his own bespoke recording studios.   Quote 'I believe in fair play.  Tune in to
rivergibbsfm.com  the network of the future.'
www.rivergibbsfm.com
Listen while you work and play

The camp that transforms rock enthusiasts into rock stars is set to open its doors on British soil this May. With the Rolling Stones founding bassist Bill Wyman and Creams bassist Jack Bruce signed on to headline, the weekend promises to be a once-in-a-lifetime opportunity for fans to jam with rock legends. As Wyman says, Ill bring my axe in the studio and jam on a Stones tune with every camper! Open to everyone from CEOs to soccer moms, musical novices to garage band veterans, the Gibson-sponsored event will be held Memorial Day weekend, from

Thursday, May 24 to Monday, May 28 at Abbey Road Studios in London.

The camp was immortalized in a 2002 episode of The Simpsons, during which an ecstatic Homer attends the camp taught by Mick Jagger and Keith Richards.

On May 29, real-life campers will have the opportunity to perform at the world famous birthplace of the BeatlesCavern Club in Liverpoolwhich is celebrating its 50th Anniversary this year.

Also in the works is another U.S. Rock n Roll Fantasy camp, set for Labor Day weekendAugust 31 to September 3 in New York City. Paul Stanley, the legendary KISS frontman, will return as a guest performer at the camp. Stanley will perform at B.B. King's Blues Club in the grand finale Battle of the Bands, playing classic KISS hits with the campers.

To be a part of the camp isn't just a fantasy for the campers, its my fantasy too. [Its] a way for me to say thank you, says Stanley. To get up and play with people who have that exuberance and energy is a gift to me as much as to anybody else. Joining Paul Stanley will be Ted Nugent, Scott Ian of Anthrax, and legendary group Mountain.