Bad Company are delighted to announce that we will be working

at the shows for fans to purchase and take home straight after the concerts!

and the Live CDs will be available after each of these shows as well as throughout the duration of the tour.

These CD sets are presented in deluxe 3 disc digipaks and are strictly limited edition!!

To ensure you get these ultimate souvenirs of your Bad Company concert,

we urge you to order your copies now,

To get your hands on them, either for collection after the concert or home delivery,

If you are not coming to the live shows, but would still like to get a live CD from the tour, you can

pre-order and choose to have it delivered to your front door.  Worldwide delivery available! 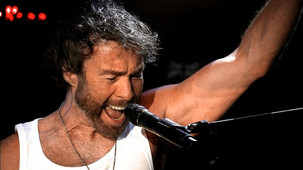 recorded in a special gig for Radio 2 in the BBC Radio Theatre at the end of March. Features hits from

You'll be able to watch video of Bad Company's Radio 2 concert, from 2300 on Saturday evening.

As Bad Company are set to embark on their first tour in nearly a decade we thought it was time we caught up with frontman Paul Rodgers.

Paul is in the studio with Rob on Saturday to talk about his extraordinary career, about his Bad Co / Free Best Of and about reuniting with Bad Company.

Listen at this link

Hi Lucy,
Now remember I am not a writer or know the first thing about doing some kind of review, But hears how I saw the gig, hope it paints some kinda picture for you.

INTRO
So hear we are at the BBC studios in the big smoke (London), Hilly and Mac from SwampFreaks, Mac had travelled over from Germany and Hilly came down from Newcastle,
Were sitting in the front row on a balcony that seats about 80 people, overlooking the 250 people below, Waiting for Bad Company to play a set for BBC Radio 2, How we got here, well thats down to a very special friend, Lucy Cheers from SwampFreaks.

GIG
Some guy comes on stage and tells the crowed to enjoy the gig and make loads of noise coz the gigs getting recorded, Ha-Ha like we need to be told to make noise,
Then Jonnie Walker introduces the band,
From the backstage area behind the bands backline gear a door opens and the band stroll onto stage quite casually with an air of confidence, crowd really does make noise,
Starting line up aint Bad Company, Yes Paul and Simon we there but no Mick, The band open up with a handful of songs from Pauls own history of music like Wishing Well, Saving Grace and Alright Now,
Ok now on the left side of the stage theres 2 Marshall amp stacks not used, These look like re-issue Marshall hand wired Plexi amps, (Hilly geek),
After the first few songs Paul goes to the mic and introduces Mick and the line up is complete, Bring on Bad Co,
They go onto playing all the crowed pleases,

Finally ending with a stunning version of Bad Company

Paul on vox and piano,
Absolutely faultless from beginning to end, Showing the crowed that he really does still know how to ROCK, launching his Mic stand 20 feet in the air on several occasions even going into the crowd and greeting every one he could reach, Well mainly the women,
(Wouldnt you do the same),
Simon on Drums,
Kick, Snare, Rack tom, Flour Tom, Couple of cymbals, Thats his setup, a proppa drum kit for people that play hard, Beat perfect, Tight and loud never dropped a beat, Simple as that.
Mick Guitar,
Les Paul, Telecaster, Marshall Plexi, What a sound, Even though he came on later he just got straight into it, well thats what pros do, His riffs were cool and his solos were better.
Howard Leese Guitar
Again using Marshall, possibly vintage modern and I think PRS guitars; His style is simple, Play what is needed, nothing more nothing less, a true pro.
Lynn Sorrensen Bass
Using Marshall bass amplification not sure of guitar possibly warrick, Most important though Bass hug low and denim top to bottom, played Mint, And by the end of the gig he had used every part of the stage.

SwampFreaks hi-light
So you have to picture the scene, 2 northern lads raggy jeans long hair and check shirts looking like a pair of hippies out of the 70s sitting in the front row on a balcony that holds 80 people and Paul shouts into the mic, who got there tickets from Ticketmaster, Down stairs go crazy, Who got there tickets from the fan club again down stairs go crazy, Paul points up to the balcony and says So I guess you lot are from the Record Company and Management, HOW COOL IS THAT.

Dave Hills
Bad Company live at The BBC Radio Theatre,Portland Place,London W1.
Invite only gig for 400 people.All seated with 300 comp winners downstairs and 100 guests of the band upstairs.
Introduced by dj Johnnie Walker as their first full UK show for some 30 years.Not counting that semi acoustic show i saw at The Hard Rock Cafe to launch their UK arena tour a few weeks ago.
On at 8pm for a 70 mins set.The first five songs are Paul Rodgers related inc "Wishing Well" and "All Right Now" which were both superb then Mick Ralphs joins them for sixth song "Feel Like Makin' Love" which is another rock classic and others "Run With The Pack","Shooting Star" and a superb "Cant Get Enough".Paul Rodgers voice is strong and clear as usual.
The two guitars sound great.The encore was "Bad Company".An excellent show.Full setlist was "Wishing Well","Saving Grace","Satisfaction Guaranteed","Ride On Pony","All Right Now","Feel Like Makin' Love","Run With The Pack","Shooting Star","Electricland","Cant Get Enough","Rock n Roll Fantasy","Movin' On" and encore "Bad Company".
The show will be on BBC Radio 2 on Saturday 03 April at 11pm and it was filmed for BBC TV so look out for that as should be shown pretty soon.See www.badcompany.com for details of their UK arena tour thats on from April 01 to April 11.New releases from the band are "The Very Best Of Free And Bad Company Feat Paul Rodgers" cd and the "Hard Rock Live-Florida 2008" dvd/cd
Written by Ray Morrissey
www.raysgigs.com

Hattie Hayridge  is a fan of Paul Rodgers and Andrew Black

Andrew Black LIVE FROM THE UK

Video from Andrew Black Live in Colchester,England with "Paul Lester on drums, Tony Mearing on bass" and Tim Aves on Harmonica
BAD COMPANY UK TOUR STARTS 1st APRIL 2010
Paul Young A great remix version of 'A Little Bit of Love', which is found on the album Other Voices. It features some funky guitar work from Nile Rodgers.

The Free & Bad Company tribute band in the

The hottest honour band in the UK, Rough Diamonds generate energy and excitement everywhere they perform with their hard driving rock beat emulating the sounds of Free and Bad Company www.badcompany.com
The band hail from Shropshire, the childhood home of Free and Bad Company drummer, Simon Kirke. www.myspace.com/simonkirke
They are officially recognised as a Free/Bad Company honours band by the fan website www.allrightnow.com

After a one-year hiatus, Front Page News i n Midtown has decided to reinstate the weekly Sunday jazz/blues brunch with Andrew Black & the Naturals.  Beginning on Sunday, March 28th, join Andrew, Will, and the band in the covered patio as the play great jazz and blues, plus music from their 2008 CD, 14th and Crescent.  No cover, 11:30 AM - 3:30 PM every Sunday. Sunday Brunch w/Andrew Black begins 3/28

The Road Runners were formed in 1963 in Middlesbrough.

Some additions to Solo dates:

THE VERY BEST OF

Paul Rodgers has released many a hit, both with Free and Bad Company, and now, thanks to a new compilation album, you can get all those classic tunes on one CD. Its aptly called The Very Best of Free and Bad Company Featuring Paul Rodgers and boasts 15 tracks including Cant Get Enough, Rock N Roll Fantasy and All Right Now.  There will also be an exclusive iTunes deluxe version that boasts bonus material from The Firm with Jimmy Page, The Law and Pauls solo recordings.  It all comes out on March 29th, but the CD will only be available overseas.

Hattie Hayridge of the Red Drawf

Hattie Hayridge in the USA