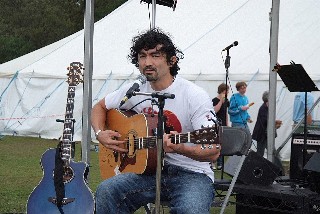 DARWINS - Meet us on line from 10pm East Coast time

Gettin things movin here...Its Atlantas own Soul Shakers. WMLB. Soul Shakers are a four piece Rhythm & Soul Rock & Roll band out of Atlanta, Georgia. The band consists of the Holliday Brothers; Art Holliday (guitar & vocals), Jacob Holliday (bass guitar), Adam Holliday (piano & organ) and honorary brother Eric Pullen (drums). The Holliday Brothers were born in Jackson, Mississippi while Eric was born out west in Sunnydale, California. After relocating to Atlanta, the Hollidays met up with Eric and eventually started playing around frequently as the Soul Shakers, showing off a variety of music and styles ranging from 50s and 60s Texas & Chicago Blues, 60s STAX Soul, blends of Rock & Roll, Surf and Honky-Tonk with traces of French, Italian and Spanish styles of Jazz, Pop and Rock pre dating the 60s. But lets not get aheaed of ourselves...

5.Find Live TV near the top left-hand side of your page. Hover your mouse over TV Channels and Click on the channel that you wish to view (usually Live TV 1).

6.You should see the TV screen now. If you do not see the TV now more than likely you need to go to Adobe.com and download their latest free flash player.

Whenever we are broadcasting live, it will automatically pop up in the TV; when we are not live, you will only see the words connecting and then buffering. Our TV Guide section will be able to tell you our Live TV Schedule on each Channel. Please refresh your screen at the scheduled Showtime.

For a station near you and for information regarding how to log onto the Internet for the broadcast go to www.RocklineRadio.com

The show will be streamed for two weeks on the Rockline website beginning the afternoon after the broadcast.

is well-acclaimed to possess one of the greatest rock voices in Australia.

With a touring and recording background throughout Europe/U.K and Australia. Spencer is an accomplished session vocalist aswell as a Singer/Songwriter and performer, you can catch him playing in various cover/tribute bands around Sydney, he is a regular artist at venues such as The Basement and The Vanguard. You will hear his vocals on a number of T.V ad's such as Mitsubishi, The lottery, Optus,Rheem, The Australian Goverment and Nutra Grain to name a few. Spencer has worked both live and in the studio with the world's best musician's, these include Jimmy Page, Adrian Smith, Scott Gorham, Asia, Deborah Bonham, Eddie Parise, Frank Celenza, Kim Mazzelle, Mica Paris.

Spencer is currently recording material for his forth coming C.D which he will complete soon - For now

Listen to the tracks on Spencer's Myspace.

Watch out for more news about Spencer !!!!!!! Here on ARN

INTERVIEW WITH PAUL BY NIGHTLIFE

Click the link to read interview with Paul by Nightlife, hosted by Ross CA Talino: Howard Leese performing with his son at his new restaurant

did an hour video

interview in my home

Photos and the full interview will be posted shortly

Support ARN by purchasing a

All funds collected go back into the ARN website

SHIRTS are in the new color of

Thank you to all those who have already ordered one

Mott The Hoople announce the final dates of their HMV Hammersmith Apollo residency. The original nights two nights (2nd & 3rd October) sold out in a weekend, and the first additional night (1st October) has now also sold out. So due to high levels of public demand, Mott The Hoople have added two final shows at the Apollo on the 5th and 6th October 2009.

BAD COMPANY PHOTOS FROM THE 2009

Are now being added to the Photo Gallery Daily

If you wish your best shots to be shown, please send them into

We shall be happy to add them. Thank you in Advance !!!!

It's Free and everyone is welcome

Hattie Hayridge - Actress/Comedian from the UK

For those fans in the UK, you may know Hattie Hayridge from TV and the movie screen

But did you know she was a HUGE Paul Rodgers Fan 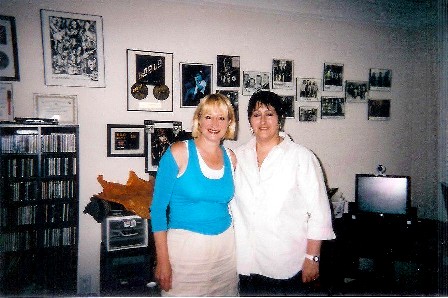 Special to Guitar Noise by Will Tobin

Guitar Noise reader Will Tobin offers us a look at the band Free and its guitarist Paul Kossoff. Part one details the forming of the band in the late sixties and follows them to their breakup a few years later.

Youve always been a good friend of mine, but youre always saying farewell.
The only time that youre satisfied is with your feet in the wishing well

Paul Kossoff, born on September 14, 1950, in North London, was coached in his early years as a classical guitarist, but at an Eric Clapton show in 1965 he found his destiny

Two years later Kossoff joined the R&B purists Black Cat Bones, and when drummer Simon Kirke joined the group, they found their interests to be very much alike. Shortly after Black Cat Bones backed pianist Champion Jack Dupree on his album, When You Feel the Feeling, Kossoff and Kirke set out on their own. They were now free to explore the world of blues and R&B.

While at the Fickle Pickle, and R&B club, Kossoff heard young vocalist Paul Rodgers and was immediately impressed. After jamming together, Kossoff persuaded Rodgers to join the group. Later Andy Fraser, who had played with John Mayalls Blues breakers at only fifteen, joined the group under blues icon Alexis Korners suggestion.

The band now christened as Free were now free to follow their own dreams and style under the guidance of Korner.

With the help from Korner they signed to Island Records, and with producer Guy Stevens, they released their debut album Tons of Sobs, in late 1968. Highlighted mostly by Rodgers superb vocals and Kossoffs mesmerizing guitar work, the album really revealed their blues roots with such songs as Im A Mover and Walk in My Shadow. Free did also include two R&B classics Going Down Slow and The Hunter, which were perfected into their own versions. The album also revealed they were much steeped in the darker blues with songs like Worry and Over the Green Hills.

Though a stunning and perfect debut album, Tons of Sobs went unnoticed.

But Free were still at the heart of the late sixties movement and went on to record their self-titled second album. While recording in the studios, they encountered some problems. With Fraser and Rodgers emerging as the main songwriters, the two became very selective on how their songs should be intrepeted, which was tough for Kossoff. Because of arguments within the band, Kossoff secretly tried out for the Rolling Stones and Jethro Tull.

With producer Guy Stevens supporting the split of the band Chris Blackwell saved the day when he took over the sessions. Free did not include so much dark mood songs but they did add some ballads into the mix such as Lying in the Sunshine, while keeping some songs similar to their first albums material like Ill Be Creeping and Women.

With their second album, which was released in 1969, in the books, they went on tour supporting Blind Faith, which was fronted by Eric Clapton who Kossoff had worshipped since that gig in 1965. Kossoffs spirits were low, but they were brought back up when he met Eric Clapton, who seeked advice on a vibrato technique.

With the band in good spirits, and after two years of touring, they finally captured their sound on Fire And Water, which was blasted into the charts under the strength of their massive hit (and consequent signature song), All Right Now.

Fire and Water included such great tracks as Oh I Wept, Heavy Load and the title cut. The solemn blues was mixed with good time rockers like Mr. Big. It was a perfect album. With the success of Fire and Water, Free headlined the 1970 Isle of Wright Festival, and they seemed destined for greatness.

Their fourth studio album, Highway, which was released in 1970, did not surpass the expectations of fans after they had heard Fire and Water, and the single The Stealer failed to follow up All Right Now.

The album, which was produced by Andy Johns, gave the fans a softer album right from the title track, and the songs meant to follow up All Right Now, which were The Stealer and Ride On A Pony did not succeed.

With all the mounting pressure from all the angles Free broke up.

I was a crappy guitar player and I had flunked out of college as an English major, so I figured I had what it took to make it as a music journalist.  When the guitar magazines were coming of age, I was there.  I was at the right place at the right time.  Ive been there ever since.

Vocalist and co-songwriter to UK band BOA. Boa's music is essentially a mix of rock/ world/ blues and country, and their song Duvet went on to be used as the title track to anime Serial Xperiments Lain. Since that time, Boa have recorded two albums, Twilight and Get There and released an EP with Belgian distributors Dybex, currently awaiting release. My own work has included two songs, Armitage-Near Me and Baby Yoko for the soundtrack of Japanese/US collaboration anime, Armitage III. I am currently collaborating with different producers and working on acoustic songs of my own, experimenting with my own sound and lyrics. My only real interest in music is to explore sounds that move me, they could be my own, or those from other people, and that feeling that you get when it moves you is my main addiction. I've just recorded some new songs with help from Drew and Anthony, so cheers to you both. It might all change musically, lyrically and instrumentally but I really wanted to play it to you- cheers!
http://www.myspace.com/jasminerodgers

Support ARN by purchasing a

All funds collected go back into the ARN website

SHIRTS are in the new color of

Howard  Leese certainly takes you on a musical  journey

with authentic world influences in his music!!

And what an incredible line up of singers

One Listen and you will be hooked !!!