is a tribute to Paul Rodgers, the band play a selection of songs from the many different eras of Paul Rodgers; spanning over his 37 year career at the top: from Free to Queen. In the eighties, Paul Rodgers collaborated with the guitarist from Led Zeppelin - Jimmy Page to form the band 'The Firm'. Furthermore, Paul Rodgers, during the nineties, also worked with the guitarist from Def Leppard - Phil Collen to form the band 'The Law'. Heartbreaker not only includes songs from these eras but also from Paul Rodgers' solo career. However, Heartbreaker mainly draws from the Bad Company era. Sometime this year, they are antipating the release of an album from Paul Rodgers and Queen, and they can't wait to include some of those songs into their set. Their  band plays at various venues in the United Kingdom and audiences appreciate the live experience of Heartbreaker. This year they will be crossing the English Channel to travel to Beguim and other European countries. They  look forward to seeing you at our gig,

Live for the music, Heartbreaker

to be released March 4th on Friday Music

Paul Rodgers name is synonymous with everything that is great about rock and roll, and it is with much anticipation and excitement that his first solo effort Cut Loose will finally be back on the shelves, as a newly remastered Silver 25th Anniversary Ltd. Edition on March 4th.

As noted by re-issue producer Joe Reagoso When we began the re-mastering process, it was difficult not to just sit back and keep on listening to certain tracks over and over again.    Morning After The Night Before  will forever stand as one of his finest recordings ever, plus tracks like Fragile, Talking Guitar BluesI mean one after another.pure magic.  His voice resonates with all of us, and his songs have become fixtures on many rock and classic rock radio stations across the globe! 

Over the years, his vocals and songwriting expertise have brought him much acclaim, and one cannot think of too many fellow superstar musicians that have nothing but the utmost respect for Paul Rodgers and it shows with the following quotes:

"Working with Paul gave me the opportunity to appreciate what an extraordinary vocalist this man really is."

"Having now had the privilege to work with Paul it is even more clear to me that Paul Rodgers is the rock/blues voice they all look up to".

"From the first time I heard 'All Right Now' I knew this was the voice of someone who would write his own chapter in the book of great rock singers, Paul Rodgers still has the voice that others are measured by and aspire to be compared to."

It is with extreme pride that we are here in 2008 celebrating the re-release of his first solo album CUT LOOSE.

But the celebration is two-fold, it is not only the 25th Silver Anniversary of this classic album, its also his 40th year as a recording artist!  With that in mind, fans can enjoy this newly remastered essential chapter in the Paul Rodgers catalog, now complete with artist approved  lyrics, new photos, memorabilia and other hip elements that will truly enhance your CUT LOOSE experience.

To Order your copy go here 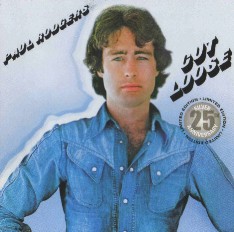 Swanee River
Swanee River is a powerful blend of soul, blues and rock and roll.

Hailing from the city of Derry, they began in September 2004 and drew their influences from a range of bands including Free, Led Zeppelin, Spencer Davis Group, Rory Gallagher, Humble Pie and Terry Reid.

They have since played over 200 gigs touring the length and breadth of Ireland, in towns and cities such as Dublin, Belfast, Galway, Dundalk, Limerick, Donegal, Lurgan, Draperstown, Downpartick, Warrenpoint, Killarney and their hometown of Derry. They have also been added to the small festival circuit playing in the Glasgowbury music festival Draperstown, The Derry gas yard Féile, the Derry blues and jazz festival, and the New Born Fest Downpatrick

Along the way they have graced the stage with the likes Duke Special, Henry McCullough, and 8 Supports slots with The Answer building up a steady fan base. They also won the Northern Ireland battle of the bands competition in 2006, picking up a cool £1000 prize money.

They have also been featured extensively in the press including the Derry Journal, the Derry News, the Irish News, Alternative Ulster, Radar Magazine and the Evening Herald (Dublin) receiving raving reviews from all papers/magazines.

On top of this, their two releases Back to the Handlebars and Baby Better Lady have been played flat out on the airwaves on a host of radio shows throughout Ireland including Downtown radio, RTE Radio 1, Radio Ulster ATL (including interview and feature), Maiden city fm (Derry local) 107fm (Ballymena local  interview and feature) and QUB radio.

Their groovy soulful feel to their music has captured the incredible following they now have and made people realize again that its ok to like rock and roll!!

Friday May 16th - The Station, Redcar

CONGRATULATIONS UXL -
on being chosen to play in Atlanta in Sept 08
at the Atlantis Music Conference
http://www.myspace.com/uxlofficial

Franklin presided over an auction of a Rodgers gold record and Fender Mexican Stratocaster electric guitar with necklace (the instrument fetched $24,000). A silent memorabilia auction raised even more money for Kids Rock Free.

Among the items on display in the newly-expanded VIP exhibit are pieces of a broken guitar and fuzz pedal from The Who's Pete Townshend, handwritten lyrics to alt-rock hit "Anything Anything" by Dramarama, plus signed instruments and memorabilia from Rodgers, Bruce Springsteen, Steve Miller, Peter Frampton, Muddy Waters, Dick Dale, Nirvana, Blink-182 and others.

A special section is devoted to Heil, who developed the quadrophonic sound mixer for The Who and developed the Talk Box made famous by Frampton, Joe Walsh and Richie Sambora.

The Igniters, a quintet comprised of 12-14 year-olds from the Kids Rock Free program, closed the event with a brief live set of cover tunes.

They were joined by Rodgers for his compositions, "Rock 'n' Roll Fantasy" and "All Right Now."

For more information on the Fender Center and Museum, the ongoing Johnny Cash exhibit and upcoming Cash Birthday Celebration, go to www.fendermuseum.com.

collectors editions which will include some rare

Listen to the Howard Leese Interview

Will be held on

Planned itinerary :
The sensational  Get Vegas band. Turn back the clock 40 years and here we have a band
whose average age is around 19 years old writing blues rock music in the vein of Free  a fitting way to
commemorate the 40th Anniversary , their youthful energy and great songs could make  this band  huge. Miss them
at your peril . for more on this exciting band  go on Utube & myspace and then book your ticket !!!
Freespirit have been added to the itinerary - Time to be announce

St. Holmes has a number of irons in the fire, including a possible collaborator with the Whackmaster himself, for which he helped create the classic Ted Nugent, Free For All and Cat Scratch fever albums

Lets see, we just finished a Paul Reed Smith album, who is the founder of the guitar company; we just finished a PRS guitar album, and I sang I think nine out of the ten on that album, and co-wrote seven or eight of them. Lets see, what else? Im singing on and co-producing an album with a band called BLOOD OF THE SUN, sort of a 70s classic rock band in Dallas, Texas, all Texas boys, and they are so into the 70s that they even buy their old vintage 70s stuff online. So were talking clothing and gear. Theyre really a lot of fun; they sound really good. So Im working on that. Im working on a second Derek St. Holmes album, for which I have about six of the songs completed. Ive got four more that Im working on, so I want it to be ten songs. But in the wonderful world of downloading for 99 cents, whats the worth in making ten songs on an album, let alone 15? Its kind of crazy, so Im trying to figure that out in the new year. Lets see, Im working with two young children, two girls, who are incredible singers, and they are sisters. Ive recorded one song that we co-wrote and were recording a few more, so thats going to be an incredibly new talent coming out this year.

What is the direction of your new solo material?

Its still a little bit of the I guess sort of, not really r&b-flavoured, just kind of new music Im coming up with. Not hard though. I dont know, Im not at the point where Im young enough to start slamming like JUDAS PRIEST or something. But weve got that animal, and Ive just finished a trailer for a movie which is called Heavy Petting, a romantic comedy, and doing the soundtrack for a new horror movie called Dead Girl, so just working on that. That starts here in the next couple weeks. So Ill be busy for quite a while.

Notably, Dereks website has been taken down, but have no fear, hes up and running with a fairly info- and visual-stuffed myspace page, at myspace.com/derekstholmes.

Yes, I shut that down, but I have a MySpace page run by friend of mine, this lady Lucy, who also does PAUL RODGERS fan website. Ill be putting up a photo there of myself and Paul which we took at the LED ZEPPELIN show. Also, Ive got a new production company with my girlfriend called My Baby Productions - Shelley is quite the businesswoman, so she is co-writing that with me. Im also looking to produce and arrange and ready to play and get back on the road as well. I went out, the very last part of the year, and did five shows with Nugent. And those were incredible. He was very nice, very giving, nice I mean, we got along better than we ever did. And I think hes just a different person - and so am I. I guess were just older, more mature. So in the future were talking about writing an album together, hopefully in the next... well, I dont know, the next, hopefully by March. So hes excited about that. He called me and said, Yeah, weve got to get together and write the perfect album. Lets get it done. He said he couldnt do it anytime in January and February because hes doing a movie with TOBY KEITH, the country star.

During the Launch of the FREE DVD in London 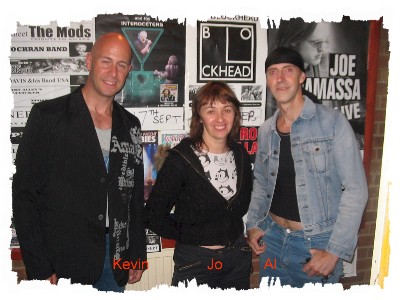