"Tune into 95.5 KLOS this Thursday, May 3rd at 9 AM PST!
STREAMING FROM HERE
Paul Rodgers - in the studio

to talk about the LAPD Memorial Foundation Benefit Concert
Paul will play a couple acoustic songs live on the Mark and Brian Show." 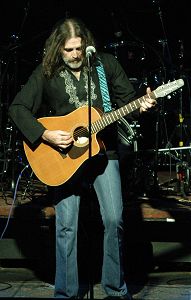 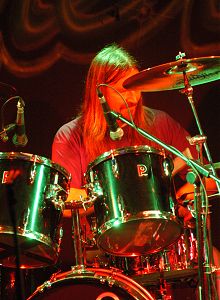 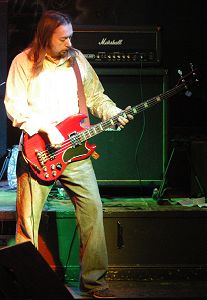 Free at Last
NEWS :
The BBC recently filmed a Free At Last show at the Limelight Club,
Crewe as they are to be included in an Arena program about tribute bands. A Great British Rock station to listen to

Hey y'all, be sure and tune in to 'LIGHTNIN' JACK CANE AND THE REBEL ROCK AND BLUES SHOW' on ARFM - England, later today (saturday). on the net, this extremely popular 3 hours of southern fried tunage can be dialed in at www.arfm.co.uk - then hit the 'listen live' button. show starts at 4 pm today. (saturday) he's going to be yakking up ZED HEAD and spinning TEXAS TWISTER. (I also implored him to play lots of old FREE and Paul Rodgers tunage as well). if you get a moment, e mail lightnin' jack and be sure and say hey, so he knows he's got ears in north america. thanks y'all... - keep the shiny side up and remember grease monkeys love chrome bananas. on behalf of neil, smilin' bob and chris, i am the fogman.

Mick Ralphs & Simon Kirke are councelors at this one !!!

Few bands have captivated an era like 'Bad Company' and few drummers have been as influential as Simon Kirke. His acoustic show is up close and personal and includes songs from 'Free' and 'Bad Company' as well as some of his new material.

This performance, when he appears with Larry Oakes (formerly of Foreinger) will enable you to hear Simon playing guitar and piano, telling stories, singing the hits of 'Free' and 'Bad Company' + Simon will be joining Freeway on stage for a few songs 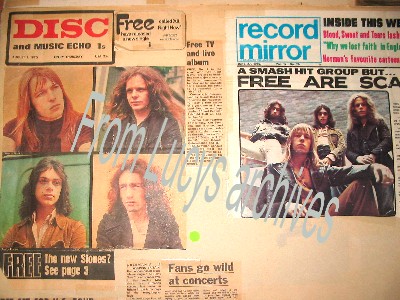 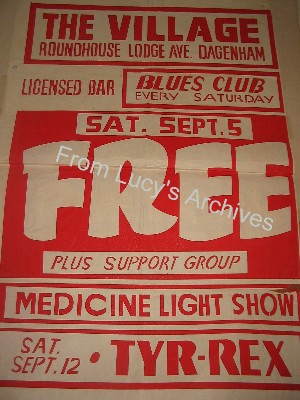 They combine blues with stomping rock to create good-time music. And, like so many good-time bands, these guys can't let the party end.

Come out and see EXCOM featuring the stars of Bad Co.  Join Dave 'Bucket' Colwell, Jaz Lochrie and Robert Hart as they rip through hits like "Can't Get Enough," "Feel Like Makin' Love," "Burnin' Sky," "Rock and Roll Fantasy," and "All Right Now" to name a few.  Also, don't be surprised if you hear songs from each artists' stellar solo careers.

This is one show you will not want to miss.  Current dates are below:

Photos are from Mansfield-Thanx to John Smith In between, touring with Bonnie Raitt, The Monster Gents, and working on his castle in swampurbia Jon made some recordings in hotel rooms along the way and fashioned them into a tasty morsel called Do Not Disturb, a 4 song EP featuring a couple choice covers and a couple new numbers. The CD will be available in New Orleans during Jazz Fest and is available now for download through Jon's site. Click below for a taste of "All Right Now."

IF YOU MISSED IT

Just scroll down the podcast For those of you in the Los Angeles area in June, the Los Angeles Police
Memorial Foundation will be holding a benefit concert to raise money for the
families of officers killed or injured in the line of duty.

The concert is at

The Avalon, (The old Palace) in Hollywood,
www.avalonhollywood.com on

Also on the bill
will be the all girl AC/DC tribute band Thund-her-struck and an acoustic set by
Mark Castrillon.

The evening will be MC'd by Jim Ladd of KLOS.  All the artists  have donated
their time free and 100% of the proceeds raised on the evening will  go to the
Memorial Foundation.

Tickets are available from www.wantickets.com or by calling 1-866-926-8499
and cost $50.00 per ticket for general admission or $100.00 for VIP Tickets,
(Limited number available), which will gain you admission to the after party in
the Spider Club for the meet and greet.  There will also be a  silent auction
during the show.

If you are intending to come to the show please book your tickets now as the
event will sell out.

OUT NOW !!!!!!!!!!!!
Ships from and sold by Amazon.com.
Gift-wrap available
Or if you live in Atlanta
you can pick up a copy at the ARN
office in Roswell while stock lasts 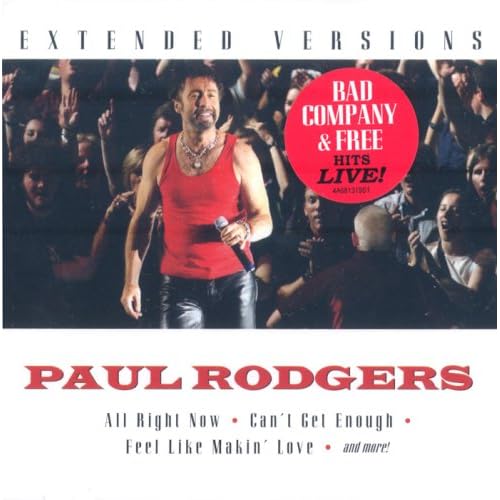 Tuesday April 17, New York City: Ahmet Ertegun, the founder of Atlantic Records and the man who introduced R&B to the masses was honored with a celebration of his life at the Rose Theatre.

The after party at Central Park's Boat House featured Late Night T. V.'s Paul Schaffer and his band. It added to the excitement when Paul Rodgers, Kid Rock, Graham Nash, Bluesman Soloman Burke and others performed.

"Ahmet had a heart & soul the size of a whale, with room enough to have a special relationship with everyone he met. He would have totally been in his element at the celebration, close to the music that he loved so much. He is missed." - Paul Rodgers

A All Star Jam was held at the DALLAS GUITAR SHOW

The Holy Grail Guitar Exhibition on April 20, 21, 22, 2007
Featured more than 60 of the world's most famous guitars and memorabilia.

A fan's guide to the Grand Prix of Houston

Ground-admission tickets are $10 today, and all grandstands are open seating.

In addition to Champ Car and American Le Mans qualifying and practices,

today's ticket includes admission to the Paul Rodgers concert, which starts at 8 p.m.

Northridge, CA -- 'Burnin sky' tribute to Paul Rodgers and Bad Company kicked off their first live performance at Harpers Bar & Grill in Northridge CA Saturday November 25 2006. The show was a total success, anyone and everyone who was anybody was there, including many members of local bands, promoters, close friends, family, and supporters. Burnin Sky has proven they're as hot as their name with this teaser taste of what is yet to come for future shows.

Special thanks to all our friends, fans, and everyone who came out to see us perform on this historic event. For those of you who missed it... shame on you! Just kidding; lucky you we recorded the show, so we dedicate this video stream to all those who tried but couldn't make it out to see the show. We know you'll make it next time.

They combine blues with stomping rock to create good-time music.

And, like so many good-time bands, these guys can't let the party end.

Join Dave 'Bucket' Colwell, Jaz Lochrie and Robert Hart as they rip through hits like "Can't Get Enough," "Feel Like Makin' Love," "Burnin' Sky," "Rock and Roll Fantasy," and "All Right Now" to name a few.

Also, don't be surprised if you hear songs from each artists' stellar solo careers.

This is one show you will not want to miss.  Current dates are below:

NEW VIDEO OF KING KARMA LIVE!
This live footage of KING KARMA performing their hard rock rendition of a Muddy Waters classic was shot last summer while the group opened for LYNYRD SKYNYRD. The video has just been released and posted on YouTube. Watch it now!

Availability: This title will be released on April 17, 2007. Pre-order now!
Ships from and sold by Amazon.com.
Gift-wrap available

For those of you in the Los Angeles area Heaven & Earth will be opening up for Paul Rodgers on Wednesday, June 13th at The Avalon, (The old Palace), on Vine Street in Hollywood.

This will be a benefit concert for the Los Angeles Police Memorial Foundation to raise money for the families of officers killed in the line of duty. 100% of the proceeds raised on the evening will go to the foundation.

Also on the bill will be Thund-her-struck, the all girl AC/DC tribute band and Mark Castrillon will perform an acoustic set as the doors open. The event will be hosted by Jim Ladd of KLOS and there will also be a silent auction.

Doors open at 7.30pm. Tickets are available from www.wantickets.com or by calling 1-866-926-8499. Cost is $50.00 per ticket for general admission or $100.00 for VIP tickets which will include entrance to the after party and meet & greet in the Spider Club above the Avalon after the show.

If you intend to come please book your tickets early as this event will sell out.

About: RAVE HD: RAVE HD
RAVE HD is one of ten core high-definition channels on VOOM HD NETWORKS. The first and only high-definition music channel, RAVE HD features concerts and specials with unrivaled visual clarity and Dolby 5.1 sound. Performances on RAVE HD are truly immersive concert experiences, and exclusive RAVE HD series provide a front row seat to some of the biggest and hottest acts in music.

Appearing LIVE at the BEIN INN

club-type atmosphere. As part of a select audience of around sixty, you can

enjoy a unique experience with some of the leading live performers on the music scene today.

The Bein Inn is attractively situated in picturesque Glen Farg, just to the south-east of Perth on the old Edinburgh

to Perth road. Yet it is only around 6 miles (10km) from the centre of Perth, and 5 minutes drive from the M90 Motorway.

Paul Rodgers will be interviewed  on The CW Morning News on Channel 11
in New York on Monday, April 16 at 6:40 AM EST
Get your VCR's ready
Paul will be talking about his DVD on the show. If Attending Atlanta show check these out

CLOSE BY IN FAYETTE COUNTY GA

And Dont forget for SAT during the day

Mins from the hotel Map

and featuring THE LOST BOYS Hilarious music and comedy from the

One of Paul's fans

Promoters predict the event, expected to draw up to 250,000 people, will be Macomb's answer to popular outdoor summer events such as Chrysler Arts, Beats & Eats in downtown Pontiac. Mike Lowry will be attending the Paul Rodgers show on Saturday night. He is one of Atlanta's rising star's - He should be sitting near me so do say HI to him !!!

For fans looking for FRONT ROW AT

Featuring SIMON KIRKE on drums on one track

called The Only Love I Can Get  Listen to Sound Clip

on tour with Freeway