Britains "GetVegas" leave heavy grooves and vibes much like the band FREE did in the late 60s - with songs in your mind and soul, not easily erased. That's for sure! - Lucy Piller (allrightnow.com / Atlanta / Magic Wand Productions  Roswell, Georgia US)

Not a band to sit too comfortably in the past, they quickly bring their sound up to date with full-throttle hard rock and a cracking production. Check out Gypsy Lane (on their myspace page) for proof. Seeped in the blues with a distorted - almost stoner element, the track lumbers along keeping pace with a gruff ZZ Top/Savoy Brown lick. For kids under twenty playing old school rock this gooddude! - Todd Smith (The Cutting Edge)

I am currently looking for contributors for the followings areas:

If youd like to get involved, then drop me a line at [email protected] detailing  what youd like to do and a bit about yourself.

The band needs a new vocalist.

were formed to reflect this rich musical heritage left by their namesake. With high levels of attention to the musical detail of Bad Company, Baad Company are able to recreate this music loved by millions in all its glory - music that rocked the world across two decades.

Mention you saw it advertised on ARN

Songs of Yesterday by Completely Free Live at The New Roscoe

Chuck and Paul Rodgers of Free,Bad Company and Queen April 2000. has added some songs to his myspace for downloading 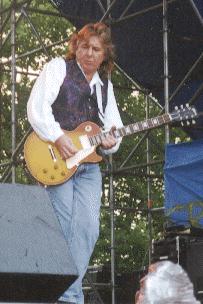 Can I Dream Again - UXL

To view just press link above

"This project has been a labor of love and I am really pleased with the results up to this point" said Bucket. "By recording my own music I have broken into a new level of creativity."

The album is also being produced by Dave 'Bucket' Colwell and being mixed by renowned sound engineer Kevin VanBerger. Look for the album to hit store shelves in the near future.

To think Peter Green grew up in the same town as me Bethnal Green - Still blows me away !

will be performing in Reno Nevada at

Desolation Angels was formed to recreate exactly the aura and excitement of this beloved super group in action. Filling the role of singer Paul Rodgers (who was known as the "the Voice" since his days in Free) is the multi-talented Mark McPhail. Mark not only sings and plays like his Bad Co. counterpart, but bears an uncanny likeness to him as well. From his high-energy stage presence, to his incredible rapport with audiences, youll swear youre seeing the real thing.

Guitarist/singer Fred Sampson brings a wealth of rock and roll experience to the band, and along with the dynamic rhythm section of David Clark (bass/vocals) and Glenn Hicks (drums/vocals), they complete the powerhouse experience that is Desolation Angels 

The Ultimate Tribute to Bad Company.

What a name MUTE MATH !!! But see them if you can

The four piece (originating from New Orleans) has scattered influences that are apparent without being obvious, and touch on everything from DJ shadow styled beats, moments of beauty and grandeur a la Bjork, and vocals that pay legitimate homage to Police-era Sting. When asked about this vast expanse of musical territory that we are asked to find them dwelling within, Meany replied, "I blame it on the past forty years of music". They act on the idea that their magic is to be found in the mixture of countless thoughts. Their live show thrives on this random energy too involving homemade instruments, live sampling, a junked-out keytar, and the kind of freak-outs that keep any given performance worth the price of admission. TOURING THE UK/USA Aug 25 2007 12:00P Carling Weekend Reading, UK Aug 26 2007 12:00P Carling Weekend Leeds, UK Aug 27 2007 8:00P Òran Mór Glasgow Aug 28 2007 8:00P Carling Academy Islington London Aug 29 2007 7:00P Monto Water Rats London

Various videos from  this super singer

Preview from the soon to be released ANDY FRASER/ALIVE.

Andy Fraser -Live in Concert -interview with Hannah & Jasmine - Preview from the soon to be released ANDY FRASER/ALIVE. Description: In 2006 my father performed on stage for the first time in over a decade. He was formerly part of the very successful 70's rock band "FREE". (think.. "alllll right now, baby, it's alll right now") My sister and i directed and his latest video clip for his single "Healing Hands" and also did all the websites, photography, cd layout/booklet and live gig background images. This is a short clip of some of the footage from the live gig and an interview with myself, my sister and my Dad.
Andy Fraser -Live in Concert -interview with Hannah & Jasmine